The Extremist by Nadia Dalbuono 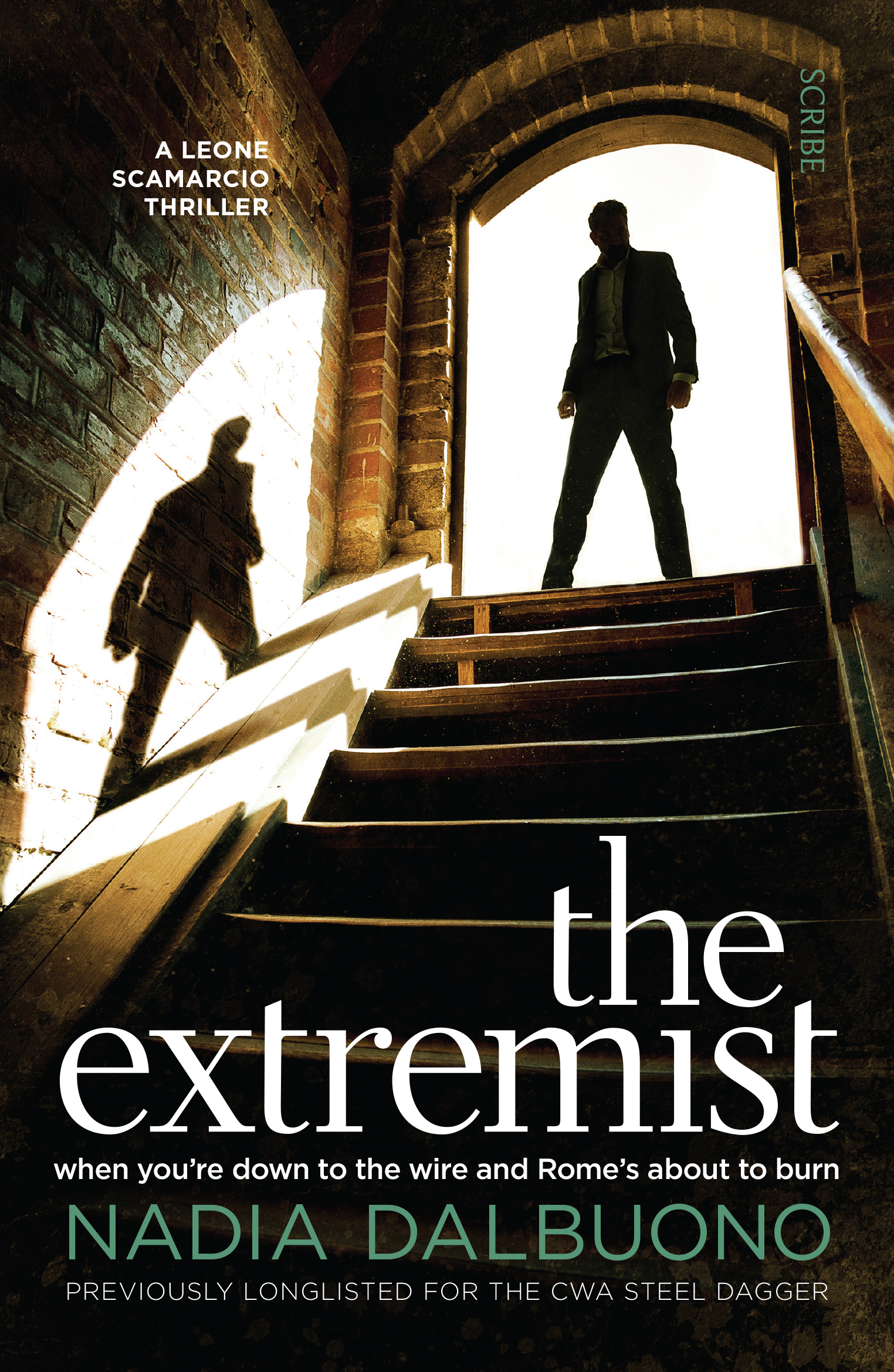 On a hot summer’s morning in Rome, three public places — a McDonald’s, a preschool, and a café — come under siege from a group of terrorists who appear to be Islamic extremists. When word comes through that the terrorists will only negotiate with Detective Leone Scamarcio, no one more surprised than Scamarcio himself.

The young man with frightened eyes who speaks to Scamarcio seems anything but in control. He says that Scamarcio is the only person he can trust to care about the truth. Then he gives Scamarcio an unusual list of demands, including that everything must be done without police or intelligence involvement, and within twenty-four hours — or the hostages die.

With his face on every TV screen, and with all of Italy on alert, Scamarcio must race against the clock and elude the grasp of the increasingly unhinged chief of intelligence, Colonel Scalisi, to meet the terrorists’ demands, and to uncover the truth behind the attacks. But, as Scamarcio follows the young man’s clues, he finds that every question seems to turn up five more, and, as usual for this son-of-a-Mafioso policeman, nothing is as it seems.

A topical, breath-taking and thrilling tale which begins as Rome is hit by a trio of terrorist attacks. Leone Scamarcio is not the obvious choice to negotiate on behalf of the authorities, but it seems he has no say in the matter.  He is reluctant to risk everything he holds dear, but could he live with himself and the consequences if he refuses to get involved?

So begins a rollercoaster of events as Scamarcio embarks on his dangerous quest to free the hostages and to untangle an extraordinary web of mystery and, perhaps, corruption while trying to protect those he holds dear and to keep himself alive.

This was a book I found hard to put down, and I enjoyed the extra dimension that the character of Scamarcio has developed in the course of this series (of four novels).  Nadia Dalbuono has written a plot of considerable complexity which makes compelling reading, and so vividly written I could easily visualise the action.  The story really begs to be adapted for screen, but meanwhile it is an engaging and exciting read.
Posted by Sue at Saturday, February 10, 2018