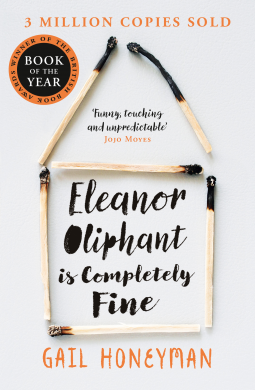 What they said:-
A stunning debut. Eleanor Oliphant has learned how to survive – but not how to live
Eleanor Oliphant leads a simple life. She wears the same clothes to work every day, eats the same meal deal for lunch every day and buys the same two bottles of vodka to drink every weekend.
Eleanor Oliphant is happy. Nothing is missing from her carefully timetabled life. Except, sometimes, everything.
One simple act of kindness is about to shatter the walls Eleanor has built around herself. Now she must learn how to navigate the world that everyone else seems to take for granted – while searching for the courage to face the dark corners she’s avoided all her life.
Change can be good. Change can be bad. But surely any change is better than… fine?

Gail Honeyman has created in Eleanor Oliphant a remarkably engaging and endearing character,  for all her lack of social graces.  She is a unique and fascinating personality whose carefully learned life skills are increasingly not a good fit with her life.  I was reminded at times of Don Tillman in The Rosie Project by Graeme Simsion.  My heart went out to her very quickly and I loved this story, which is beautifully written.  It's an unusual, delightful tale which deserves to be widely read.

The Legacy by Yrsa Sigurdardottir 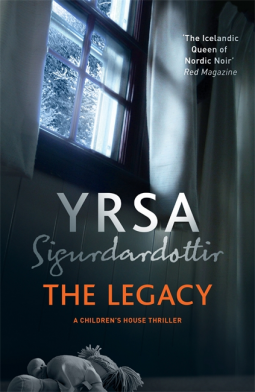 The first in an exciting new series from the author of THE SILENCE OF THE SEA, winner of the 2015 Petrona Award for best Scandinavian Crime Novel.

The murder was meant as a punishment - but what sin could justify the method?
The only person who might have answers is the victim's seven-year-old daughter, found hiding in the room where her mother died. And she's not talking.
Newly promoted, out of his depth, detective Huldar turns to Freyja and the Children's House for their expertise with traumatised young people. Freyja, who distrusts the police in general and Huldar in particular, isn't best pleased. But she's determined to keep little Margret safe.
It may prove tricky. The killer is leaving them strange clues: warnings in text messages, sums scribbled on bits of paper, numbers broadcast on the radio. He's telling a dark and secret story - but how can they crack the code? And if they do, will they be next?

A jolly good detective and psychological thriller set in Iceland, where the police and specialist psychological trauma service work together to try to elicit facts to help solve a gruesome and difficult murder case.  I found this an interesting story, counterpointing the developing relationship between detective Huldar and psychologist Freyja with the unfolding discovery of victims of a very twisted murderer.  Lots of twists and turns will keep the reader guessing his or her identity, and there is an interesting ending.  Yrsa Sigurdardottir writes really well and is brilliantly translated by Victoria Cribb.  Hopefully the next books in this series will also be made available to us in due course, because I would like to see how Huldar and Freyja's relationship will develop as well as reading more of this author's writing.

Secrets of the Dead by Carol Wyer 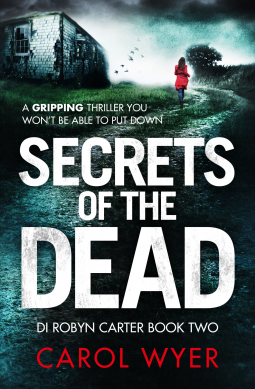 What they said:-
Three murders. Three innocent victims. What secrets did they share with their killer?
A bottle of bubble bath and colourful, plastic boats were scattered in small puddles on the floor. In the bathtub lay Linda Upton, fully-clothed, her lips a shade of blue, and her bloodshot eyes wide open.
When a young mother is found drowned in the bath, clutching a receipt saying ‘all debts paid’, Detective Robyn Carter knows it’s just the beginning of a harrowing case. She recognises the signs of a serial killer, and when a second victim with a receipt is found, her worst fears are confirmed.
With the local press whipping the public into a frenzy, Robyn is under pressure to solve the crime yesterday. But her team can’t find a link between the two bodies, and the cracks are starting to show.
Just when her leads have dried up, Robyn discovers an unsettling clue she thinks could unlock the case. But as she chases across the plush carpets and manicured lawns of the wealthy elite, honing in on the killer’s shocking motive, one of her own is put in terrible danger.
The press call him The Leopard for his stealth, speed and brutality. Can Robyn stop the most twisted killer of her career before it’s too late?
A heart-pounding, toe-curling, one-sitting serial killer thriller that will hook you from the first page till the last. Perfect for fans of Angela Marsons, Rachel Abbott and Karin Slaughter.

An ingenious plot which kept me guessing and reading compulsively to discover the outcome.  There were plenty of twists and it was very enjoyable reading.  Carol Wyer's DI Robyn Carter is an interesting heroine with a tragic past, maverick tendencies and a strong sense of intuition.  I look forward to reading the next instalment of her crime-solving adventures.
Posted by Sue at Monday, May 29, 2017 1 comment:

The Nothing by Hanif Kureshi 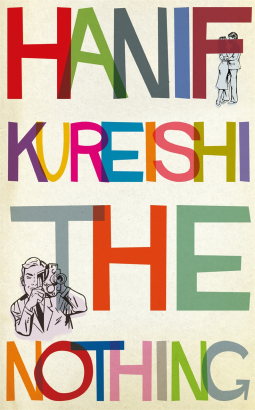 An intriguing tale in which Waldo finds himself towards the end of his time, but is not ready to give up on life as he has made it.  His younger wife, Zee, seems to be looking to her own future without him: is it possessiveness or protectiveness that motivates him in intervening in her plans?  I'm not sure why - it's a long time since I read it - but I felt there was something of Lolita in this book, although without its age issues.  It makes the reader think about issues around identity and what matters in life.  Is Waldo reduced to being just a dirty old man, returned to a second childhood?  What of his legacy to the world of film?  Has he been a voyeur in every aspect of his life? He is not very likeable, but it is easy to feel some sympathy towards him.  Plenty to think about.
Posted by Sue at Thursday, May 04, 2017 No comments: